What To Do When You Don't Meet Your Goals 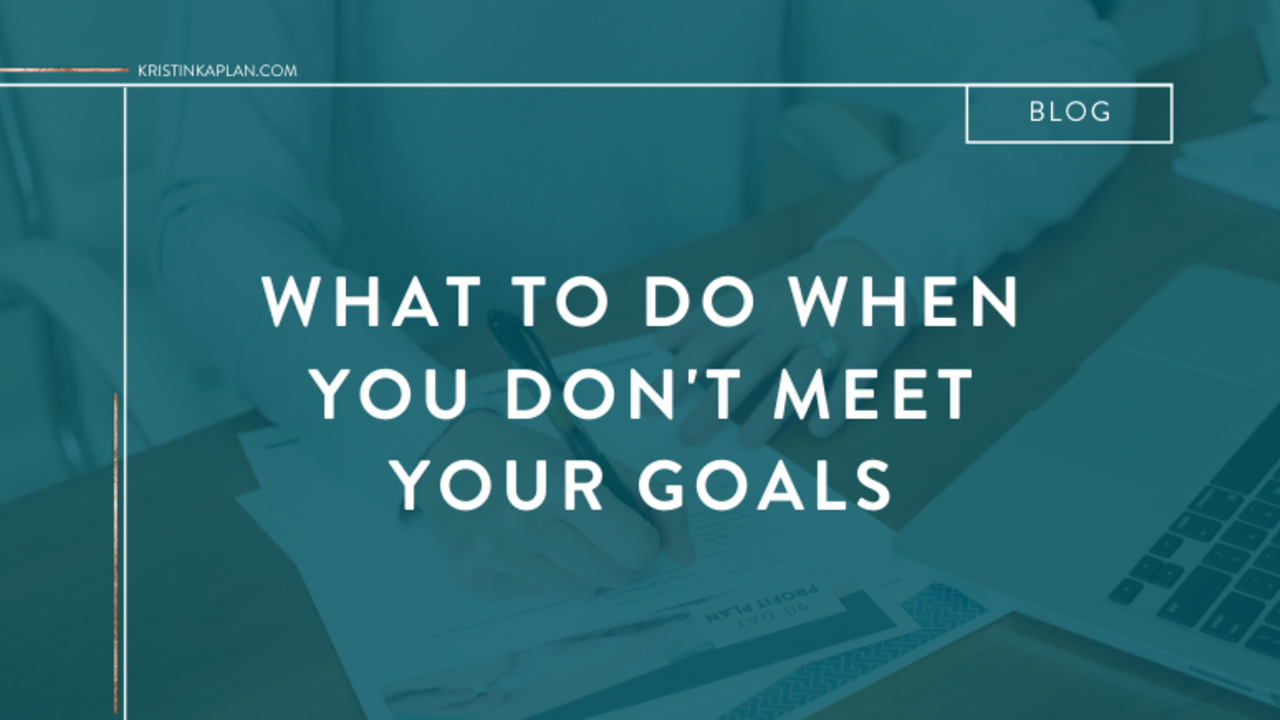 It’s about to get real up in here: I just realized that I have been going a million miles per hour over the past few months. Lots of traveling, lots of speaking engagements, and lots of dance competitions for my kiddo. Of course, I’m also in the process of updating my course, Biz Planning Bootcamp, to speak to entrepreneurs looking to expand their revenue streams with coaching, online programs, and products.

But to be real honest, I wasn’t taking care of myself the way I should. I was really starting to burn the candle at both ends. And I think it hit me when I saw my friend post this meme on Instagram: 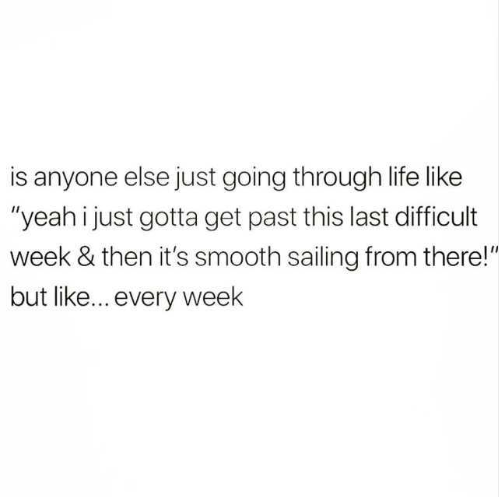 And as I read that I was thinking, “YUP that’s so me!” But the crazy thing is… So much of my expectations are ones I place on myself. I’m an Enneagram 1 so when I say I’m going to do something, come hell or high water, I’m going to do it. When I set launch dates or release dates for things, even when it’s going to be basically impossible to get everything done in time, I work like a crazy person to meet completely unrealistic expectations that I set for myself.

Raise your hand if you’ve done the same thing.

But guess what? That’s not really a great way to work and it’s not a great energy or vibration to be working from. It also got me thinking about the expectations we set for ourselves in our business and with our goals. I hear a lot about how people feel like they’ve failed in their business and in their goals… when really, the goals only come from them and their expectations. I’m all for setting big goals, but what meaning do we attach to those goals, and is that what’s causing the friction in our businesses?

The Reality of Not Meeting Goals

Let me tell a hypothetical story. Or actually two stories:

Story #1: First, someone decides to launch a totally new service or program. Maybe they’ve been doing 1:1 coaching for years and they have built up a good audience so they finally decide to launch a course based on what they teach in their coaching program. They put together this big launch and they say, “I’ve got all these people on my email list, like 2000 people, and this good size audience, so I’m going to set a goal to sell 200 enrollments in my course.”

This 200 number isn’t based on anything at all. It’s just a number they pulled out of thin air. So they put their course out into the world by sending some emails to their list and 25 people buy it. And the next thing you know they are saying “Oh my gosh, my launch was a total failure, NOBODY bought my course, I guess nobody wants to learn from me, I must be terrible at business, I’m never launching again.” Ok maybe they don’t say all of that, but still.

But let’s examine what’s wrong with this scenario. 25 people bought the course, not nobody. And if you did the math and analyzed the data, you’d realize that a 1% conversion rate from only a warm audience for a totally new program when you’ve never launched anything before. In the marketing world, we call that good.

Story #2: Let’s say someone does an initial launch with a list of 2000 people who have never really been pitched before and they get 75 people to buy. Awesome, right? So they say, “This is great! I’m going to launch again and since so many people bought the first time, I’m going to set a goal of 250 people this time.” So they wait 3 months and, during that time, they keep teasing the course to their list of 2000 people and then finally open the doors. And then 15 people buy. And suddenly they go into a tailspin and they are thinking “What the heck happened?! I thought people really wanted this course? Why didn’t anyone buy it this time? I must have done something totally wrong! I’m a total failure!” … and so on and so forth.

Again, let’s examine what really happened here. In the first launch, they launched to a warm email audience who had never been pitched before and got an almost 4% conversion rate, which is really good. Then, 3 months later they pitched the exact same audience and got a little less than a 1% conversion rate which isn’t great, but it’s not awful either. The big difference between these two launches, though, was that for the 3 months in between:

This means that most of the people on the list of 2000 who wanted the program had already bought it the first time.

So you’ll notice in both of these situations, if you look at the numbers and you look at the data, everything is fine. So why are we saying to ourselves “Ugh I’m such a failure because I didn’t meet my goals”?

Because we didn’t meet the expectations that WE set.

Expectations Aren’t the Same as Goals

In both of the scenarios above — and I’m betting in whatever scenario you’re currently facing — the numbers (the goals) were pulled out of thin air. And since those goals weren’t met, we’re automatically a failure. Does that math add up to you? It doesn’t make any sense to me. And yet I have TOTALLY done this myself, many times in fact. And it took me doing this to myself several times to finally see the problem. When I stopped to look at the numbers and the data, my launches were fine, great even! But the issue was my expectations. And it’s probably your issue, too.

We see other people in the entrepreneur world doing 5-figure launches and getting 1000 people into their courses and membership programs in one launch and we think that’s normal. We think that’s the expectation we should set for ourselves. But what you don’t often realize is what that person has done behind the scenes to get there. We aren’t taking into consideration the fact that that 5-figure launch might be the 20th time that person has launched that particular program. So they’ve got it down to a science now. Or maybe that person spent 8 years building up a massive audience of eager potential buyers before finally making an offer. There are so many parameters we aren’t considering when we compare ourselves to those people.

So we need to stop. We need to put the blinders on. And we need to stop tying our self worth and even the worth of our products and programs to the goals that we set. And once again, I’m all for setting big goals and leaving some room for magic to happen, but if we don’t hit those crazy big number, who cares? Instead of crying in the shower about it — which I have totally done by the way — recognize that there is no such thing as failure, only a lesson learned. And then it’s time to figure out what the lesson is, make the necessary tweaks and adjustments, and try again.

But that doesn’t mean we don’t FEEL like a failure when those milestones aren’t met. So what should you do if you’re feeling like a failure because you didn’t meet your goal?

What to Do When You Feel Like You’ve Failed

1. Detach yourself from the outcome.

What was the conversion rate on this “failure”? How big was your lead list or your launch list? What do the numbers tell you?

What can you learn from the data? What changes should you make for the next time? What can you tweak? What new ideas can you try? How can you bring more awareness to your brand and your offer before your next launch?

4. Set a date for your next launch.

Get back up and get ready to do it again. Because when we examine all those amazingly successful people out there with super popular courses, membership programs, digital products or events, they all have one thing in common: they KEPT going, they KEPT launching, and they KEPT putting their stuff out there, until one day it clicked and took off.

Hang in there. This is just a lesson learned and you are NOT a failure.

Not Sure About Your Conversions?

If you’re reading this and your eyes glaze over at the thought of data, conversion rates, and launching or you’re like “What? Huh? How do I get better at examining these things?” … that’s the kinda stuff I go into in Biz Planning Bootcamp and Plan to Profit. If these sound like something you’re interested in, get on the waitlist!